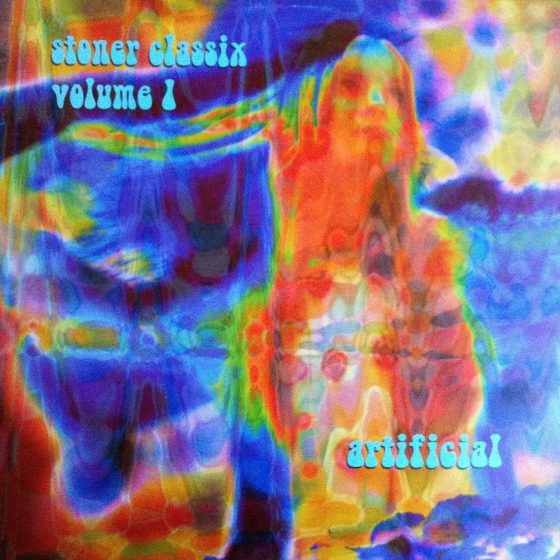 Available to purchase from: https://artificialtrax.bandcamp.com/album/stoner-classix-vol-1

All these weird tracks were originally only available on this limited edition vinyl series ‘Stoner Classix’ I put out in the late ’90s, early /2000s.  Subsequently, some of these tracks slunk onto my later CDs. Each ‘Stoner Classix’ vinyl release included a hand-stuffed episode of my Crumb-esque comic ‘Pigeon Coup’, brilliantly illustrated by Aaron Doty. ‘Pigeon Coup‘ comix kept happening long after I ran out of the cash to keep putting out the vinyl.

My partner at the time, and soul-mate for over ten years from the 1990s, Pete aka Stoner Boy, designed the gorgeous artwork for this series. He passed away suddenly in May 2013. As Pete’s quote of Samuel Johnson on the Stoner 1 vinyl insert said “Nothing odd will last!”, which means he has gone to hold my place in the heavenly toilet queue.