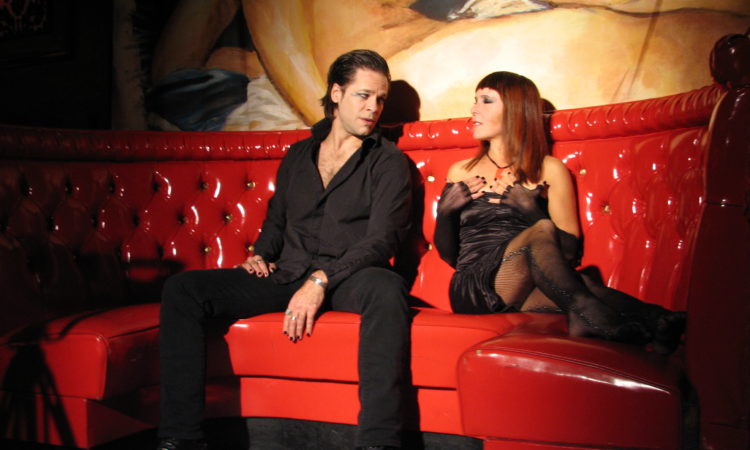 Chris Isaak’s ‘Wicked Game’ is one of those perfect songs which simply cannot be ‘improved’ upon.  There are many, many tracks that can be improved upon (ie better arrangements, production, vocals, emotional ideas)- maybe most.  But ‘Wicked Game’ is not one of them.

I remember Julee Cruise describing ‘Floating into the Night’ as a ‘perfectly realized’ album, and she was absolutely right – the whole thing, in concept, feelings, vox, beauty, originality – it too is flawless.  The eponymous album from which ‘Wicked Game’ is drawn, is up there in the sonic stratosphere with ‘Floating into the Night’.  And they are both entwined with the deep sexual mysteria of Twin Peaks episodes.

Around about ’91/ ’92, I was going into second hand audio gear warehouses in Canberra and Sydney and trying to find the first speakers for my first home studio.  I remember that very often, the audio guys would slip on ‘Wicked Game’ and stand back to show the great fidelity of the speakers they were trying to sell me.  But I knew even then, that the slinky production values on that track were so astounding, that they would make the crappiest walkman sound good.

So you have to admire the sacrilegious tendencies that goaded A.T Vish (otherwise known as Carol Blaze) and my good self to try and record our own version of ‘Wicked Game’, bouncing track to track recorded in our (respective) studios – which, while not our bedrooms, may as well be.  I’m on keys, A.T plays everything else.

What can I say about it? than the idea was not so much to do a cover version, than to provide a sonic canvas – pre-treated with nostalgia – upon which to paint our own versions of unhinged, unrequited longing.  Which turned into a kind of retro Jesus and Mary Chain, My Bloody Valentine, Spector smacked-out ‘wall of sound’ crashing down epic.  But gently crashing .

Nerd-watch: The lead is my 1972 Wurlitzer electric piano through a Space Echo box.

Not only, but also:  Here is a picture of me and A.T posing at the Brillo Box:

Life update in dot points for the busy:

T has been very busy with video projects and teaching, but I am still hoping she will have time to finish off the zombie mini-doco, before I go. In which case, you will be the first to get the link:-)