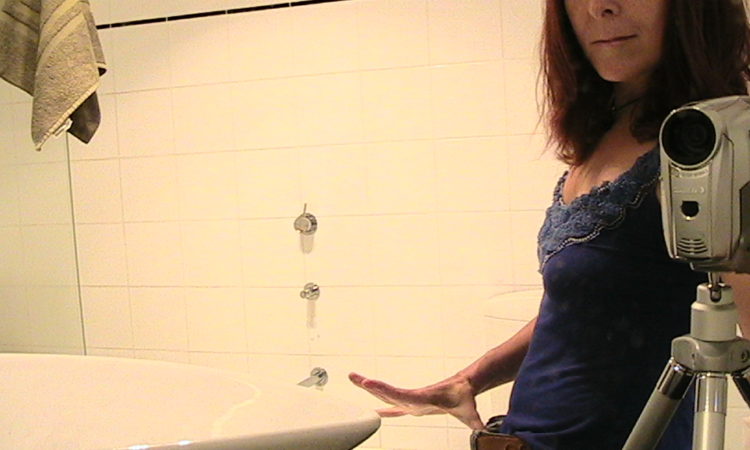 Reflections on Losing a Body Part

Ovary in a jar

On Tuesday, I caught the train out to Clayton, an outer Melbourne suburb, comfortably middle-class and economically boosted by the presence of a major public teaching hospital (Monash Medical Center), and other private health providers. One of those providers, Monash Surgical Private Hospital (MSPH), was my destination.

MSPH is one of those new generation of hospitals which functions less as a hospital in the traditional sense – ie a building with wards where you lie around for days being examined by kindly doctors with stethoscopes and noteboards before and after your surgery – and more like a MacDonalds – where there the objective is fast service and delivering the customer with an operation ‘to go’. This is the modus operandi of the day procedure hospital where no-one waits around: there are no beds, no wards, only operating theatres and recovery rooms. Within a few hours you can expect to have your credit card swiped, your body slapped onto a trolley, knocked out, sliced and diced, shaken awake, then guided carefully towards the exit sign, where you wobble uncertainly away clutching sutures, sick bag and meds. The number of day procedure hospitals has increased exponentially over the last decade or two, following incredible advances in clinical practice and technology. For example, coronary heart disease, which once would have landed you in hospital for days after fairly risky open surgery, can now be treated same-day, with a coronary angioplasty. And another example is the removal of an entire internal organ, say an ovary. The removal of my right ovary, the third part of my reproductive machinery to dangerously malfunction in less than three years, was the reason I was heading out to the Monash clinic for a new (mini) hospital holiday. Again.

Melbourne’s trains are bright, comfortable and relatively efficient. In the forty minutes it took me to get from downtown Melbourne to Clayton, I lent back in my window seat, threw my feet up on the seat opposite and enjoyed the panorama of flat Melbourne suburbia flash by under typical intense Australian blue sky. I liked noticing how the ‘feel’ of each station we passed was different; and that some of the older platforms suggested sleepy outback towns, they were so empty and the wooden fences were fringed with overgrown grass, dappled in creamy sunshine.

I thought again about the web search I had done just before leaving Lisa and Aaron’s that morning. I had gone to E-Bay and typed in “ovary in a jar”. I had wondered with dark curiosity “Do people sell organs left over from operations?” My latest hospital holiday was setting me back thousands in costs and lost income. “You probably couldn’t even get an ingrown toenail removed for $2,000 in the US” my GP, Jeff, had remarked a few days earlier, trying to cheer me up. He was right of course, and this was no minor procedure after all: it was nothing less than a “complicated operative laparoscopy to execute a right salpingo oophorectomy” performed by a leading surgeon in state of the art facilities. I had a huge amount to be grateful for, falling ill in a country with a functioning, high quality affordable health care system, a country where the population pays on average the same rate of tax as US citizens, but who get a much better health deal for that money. If I had been prepared to chew prescription pain-killers for several more weeks, I could even have had the procedure done for free in one of our excellent public hospitals. But I couldn’t wait that long to get back to the States, the private system was the only alternative and it came at a price.

Ok, I knew I couldn’t actually bring myself to sell one of my own body parts, that was really, well, a sick idea. But once the thought entered my head, I pursued it a bit. It was a shiny, rounded, kitschy idea that embraced the pain emanating from my ovarian cyst and my credit card and reduced them into twee, amusing objects inside a snow dome.

The term ‘ovary in a jar’ yielded no results. Nor did ‘body parts in a jar’. A refined search of ‘human organs in a jar’ under the sub-category ‘collectibles’ also yielded nada. I had thought collectibles was the most likely category. There is a macabre collectibles shop in Melbourne called Wunderkammer that has for years been doing a brisk trade selling antique scientific and natural history equipment, medical specimens of various kinds preserved in vintage glass canisters, human bones, wax anatomy sets, grotesque insects pinned in boxes, in short anything old and creepy that could “inspire wonder”. But maybe a contemporary body part didn’t have any historical value, nor was it likely to inspire wonder anymore, even if you could find an original Vegemite jar from the 1930s and whack it in that.

What about the biology junior high school teacher who wanted to grab kids’ attention and interest them in human innards by grossing them out– surely an actual body part in a jar was a good way to do that? Or a graphic visual aid for a sex education teacher? Or a still-life art class? But then I realized that the market for body parts put to educational use was probably unfairly monopolized by corpses. Like many others, I was a registered organ donor, so after my death my bodily parts could be chopped up by a hospital or anatomy class and put to a good use in other people’s bodies or on their shelves. Although I spent a few more minutes googling ‘human ovaries in a jar for sale’, it became apparent that the trade in second hand ovaries from live women was not exactly booming.

As I got off at Clayton station, and made the short walk up the hill to MSPH, it became apparent, however, that the trade in manipulating ovaries and sperm from living humans was thriving. The hospital’s biggest money spinner was IVF and related gynecology, and the footpath leading up to the entranceway was dominated by wide-eyed women with puffed bellies of various sizes bulging out of their track suits and loose dresses. As I made my way past them into the air-conditioned reception area, I noted the irony that the same facility that could give you a take-away embryo, could also take away your capacity to breed, all within the convenient space of a day.

Lose weight now, ask me how!

I’m writing this on Friday, the first day I’ve been able to get out of bed for a sustained period. I’m now at the dining room table two feet away from what, since Tuesday night, has been my infantile sensory world. Lying on the right of my couch-bed is my current toy, Levitt and Dubner’s provocative classic ‘Freakonomics’, next to a half –full packet of jellybeans and a water bottle. To the left of my pillow, on a little stand, is a brightly arranged display of painkillers, a veritable lunch box of opiate derived delicacies ingested in various combinations at ritual intervals. Over the last few days I have been able to reach these necessities with no movement of the abdomen at all. Lying quite still, I have just been moving my arms up and down to get what I need, just like a sea anemone whose greater bulk is riveted to the ocean floor, but whose tendrils wave freely groping for nutrients.

When I have needed to get up, I have flailed and writhed like a grub in slow motion for up to two minutes at a time, until I have finally managed to get my feet on the floor, then willed the rest of the torso semi-upright. Then I’ve lurched uncertainly like a cartoon buzzard the few feet to the bathroom, then lurched back to the cot again where the whole process has to be executed in reverse. Its times like these one is so grateful not to be a international superstar; if I were, there could be a dozen paparazzi hanging from the trees across the road in Fitzroy Gardens with telephoto lenses trained through the windows onto my undignified movements. Then fuzzy pictures of my swollen torso flailing in my K-Mart pajamas would appear on the front pages of women’s magazines, underscored by accusatory captions like ‘Grub!” and “Buzzard!”. (Then again, if I were an international celebrity, I suppose I’d have a buffed butler/ personal trainer who I’d summon with a bell and who would gently sweep me up, clasp me to his massive pecs and deliver me to the toilet.)

I do have a picture I might be able to sell to New Idea or Marie Claire though, and that is just how much weight you can lose living primarily off a pain-killer diet for several weeks. Almost 5 kilograms (10 pounds) apparently! A fact I discovered when I was weighed at the hospital as part of the admissions process and the LED registered 44kgs (97 pounds). The bathroom basin and towel in the picture below have been added to give you a sense of scale. This is a pre-admission picture, however; theres no way I’m letting anyone, including me, take a picture of myself post-op. No way. My buzzard period must remain shrouded in visual mystery.

As anyone who has got this far in this post would probably agree, medical problems are dull. Clearly, however, this surgery will take many weeks to recover from. How then to put a period of confinement and convalescence to best use? Perhaps, like Proust, I will pen my masterpiece, my very own A La Recherche du Temps Perdu, with the excised ovary replacing the tea-dipped madeleine, but everything else more or less analogous in historical sweep and poignancy. Or maybe I’ll get back to comic book writing again – Aaron, with whom I am currently lodging, is after all the graphic genius who illustrated our subversive and highly irregular comic Pigeon Coup for many years. And after reading Nicki Greenberg’s superb graphic novel, her take on The Great Gatsby , followed by Dr Doris Haggis-on-Whey’s (Dave Eggers) equally brilliant Giraffes? Giraffes! , I certainly do not lack recent inspiration.

I’ll think of something. Meanwhile, its time to be driven to the doctor’s to get my stitches out, followed by some serious grubbing back into bed.