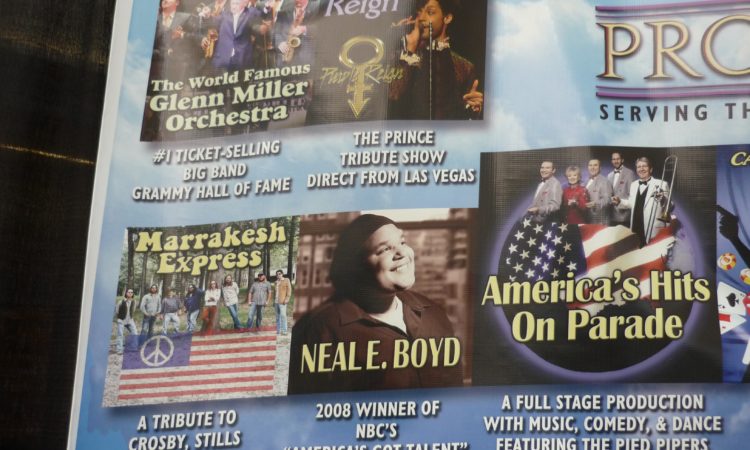 How to make “Raiders of the Lost Ark” in your backyard

My Brisbane school mates and I spent our tweenage years crimping our hair, slathering on make-up and trying to pass for drinking age to get into outer suburban discos. At around the same time, Eric Zala and his friends were spending their Mississippi tweenage years making a blockbuster movie in their backyards.

I realized just how unproductive my pre-20s years really were when I met Eric at the Performing Arts Exchange (PAE) Conference in Pittsburgh last week. PAE is a performing arts trades fair, similar to the Midwest Arts conference in Indianapolis which I had attended a couple of weeks ago, except PAE attendees are primarily drawn from the Mid-Atlantic and Southern states. Once again I was grasping hands at ‘minglers’ and perched like a hawk in my little marketplace booth, trying to sell Squonk Opera‘s oblique, non-narrative but spectacular music shows to theatre presenters across the USA.

At the opening party, I was standing on the balcony at the PNC stadium – the gleaming home to Pittsburgh’s much loved but generally luckless baseball team The Pirates – gnawing on some fried chicken, when a youthful, bright eyed guy with a blue name tag stood next to me. Like the world of a cheap sci-fi movie, the population of performing arts conferences are divided into elite and subordinate sub-populations which can be instantly told apart by color coded costuming. Presenters are the elite, they are the beings that control the planet’s resources, wield absolute power and wear blue name tags. The subordinates are artists and artists’ agents who wear yellow name tags. The yellows outnumber the blues by something like eight to one, and spend the whole conference trying to win their favor. Needless to say, the blues have a pretty good time.

Eric introduced himself as a presenter from a theatre in Mississippi, and told me this was his first performing arts trade show.

“You’ll find that everyone wants to be your friend” I said.

“I’ve noticed that already ” he replied. “I feel like the prettiest girl at the party.”

After the obligatory observance of blue/yellow communications protocol – I recited my Squonk Opera pitch, and Eric recited his theater’s capacity and the typical acts he booked for a season – the conversation suddenly took an interesting turn.

“Actually, this is a pretty new job for me. What I really like to do is make films.”

“Well. ” Eric paused and looked a little awkward. “Well. This is kind of hard to explain, but I started off by doing a shot by shot remake of Raiders of the Lost Ark. I started it when I was twelve and finished it seven years later.”

Right at this point, my view of Eric’s head was blocked by another head, that of another yellow who had spied the blue name tag and had inserted herself between myself and Eric. Yellows generally pay little attention to each other, and sometimes faces display outright disappointment when they realize they have accidently sat next to one of their own species at the conference luncheons. The lady from a regional ballet company started in hard on the chit chat, and after a while, I excused myself but mouthed to Eric as I left:

“I really want to hear the end of that story.”

He smiled and promised to drop by my booth sometime over the next couple of days.

To quote a beautiful tautology I heard the other day, my days at the booth were “de-ja vu all over again”. Just as at Midwest Arts, the Squonk display was bumped up next to that of an agency specializing in tribute bands, one of many agencies at the conference in this line of business. Producers Inc’s banners included images of a Prince tribute show called Purple Reign, a bunch of guys with flannel shirts and long hair called Marrakesh Express: A Tribute to Crosby, Stills, Nash and Young, and ZoSo: The Led Zeppelin Experience.

The Producers Inc guy, Steve, was particularly hyped about ZoSo. Several times a day, I heard him pitch the show to interested presenters:

On the second day, Steve and I got around to introductions, and I asked if ZoSo’s showcase the night before had gone well.

“Oh great, great!” he said. “You know I really love those guys. Led Zeppelin, its my generation’s music you know.”

I said: “You know, Robert Plant has a new album out.”

“Robert Plant” I repeated. “He was in New York recently promoting his new album”

Assuming that Steve did know who Robert Plant was, his professed love of the Zep’s music did not make him curious about what the creators of that music were up to nowadays, and he changed the subject. I wondered later if Steve might even be a bit wary: if bits of the old Led Zeppelin are still surfacing all these years later, might they potentially threaten the livelihood of the new ones?

The hours in my nook clocked over slowly, with few visitations from the blues. Sunlight spun down through the enormous glass panels of the roof onto the empty center of the market floor. I would intermittently get up from my folding chair and walk slowly out into the empty light triangle. Then I would wander around in a small circle for a few minutes, enjoying my muscle movements like a bird temporarily released from its cage. I stared at the hundreds of artists’ and agents’ booths weaved around the edges of the floor like a tangle of lurid nests. Then it was time to go back to my nest, and, feeling more like a cuckoo than a hawk, try my best to incubate the hopes of my talented employers.

On Friday night, the Squonkers were performing showcases of their latest show at CAPA, a venue down the street from the David Lawrence convention center where the PAE conference was being held. During intermission, I was once again busy grinning and collecting business cards from the blues, when I turned around and there to my delight was Eric.

“Ah! The Squonk girl!” he replied.

And then I got to hear the rest of the story.

In 1982, Eric and his two best friends were so profoundly affected by Spielberg’s stupendously lavish adventure flick, they decided they wanted to “inhabit that world”. Where most kids would do this by buying movie merchandising – wearing the T-shirt, playing with the action figures (a revenue source virtually invented by Spielberg and upon which the Hollywood movie economy has become, with each passing decade, ever more dependent) – they decided they would rather recreate and star in their own version of the movie. Their equipment consisted of a beta-max video cam. Their shoot location was their hometown of Ocean Springs Mississippi, in their backyards and township surrounds. Most of the interior scenes were shot in Eric’s Mom’s house and basement. All special effects, props and stunts were homemade and improvised, some with hazardous consequences – Eric’s head was embedded with plaster during the scene where Belloq’s head explodes. Continuity suffered as puberty intervened and the casts’ body shape and voice tone shifted from scene to scene.

But no matter. By the time they reached twenty, they had completed their no budget, slavishly faithful shot by shot homage to the twenty three million dollar epic. They enjoyed a brief moment of glory by screening Raiders of the Lost Ark: The Adaptation at their local cinema. Then they took their tapes home, forgot about them and embarked on adulthood.

But by 2003, a “copy of a copy of a copy” of one of those tapes had somehow landed in the hands of a filmmaker who knew Spielberg. Not long after that, a letter from the movie mogul himself arrived addressed to Eric, praising his achievements as a filmmaker.

“As you can imagine, I found it very hard to believe that this letter was for real” Eric explained.

But when Eric and his fellow schoolie filmmakers then found themselves invited to show their film at film festivals around the country, make appearances on national television, and then invited to Hollywood to sign over their “life rights” for a bioflick , it was clear that their oversized boyhood fantasy was about to become reality all over again. This time however, it was happening in reverse – they were the stars, and a bunch of kids were going to have to pretend to be them.

“But what are you going to do now, in terms of your own filmmaking?” I asked. “When you’ve reproduced a Hollywood epic by the time you are twenty, where do you go from there?”

But before he could answer, I had to excuse myself and run back in the theatre. I had to scramble up on stage and, in front of a motley crew of presenter faces – skeptical, friendly, bored, curious – introduce the third Squonk performance for the night. And by the time that was over, when I pulled on my coat and made my way out into the foyer, Dr Belloq had disappeared into the night.