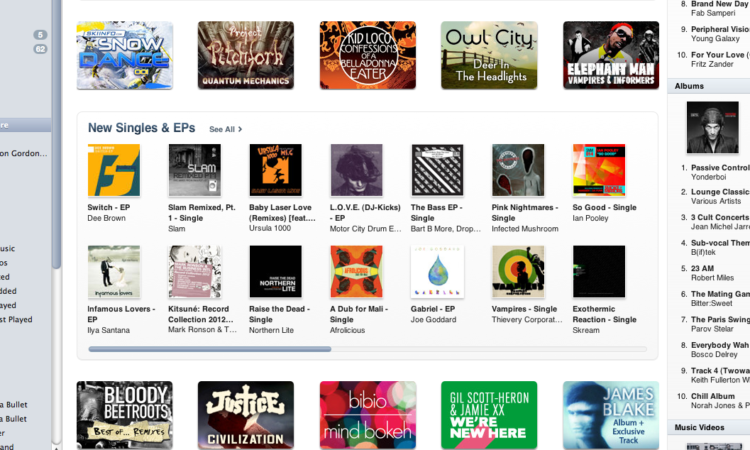 On 23 January, the world ascends into the mystical Year of the Dragon. According to a Chinese astrology site I selected after throwing digital yarrow stalks into the air several times:

“A dragon is a legendary creature. All legendary stories about Chinese dragons are from the sky, which means heaven in China. The image of dragon is blurred, misty, mystic, occulted, noble and untouchable. For China, it is the symbol of power from heaven.”

You might be thinking. “Gosh, that sounds like Nicole!” And you’d be right! The Dragon is my Chinese astrology sign – so 2012 is going to be my year of supernatural wonders!

A mystical Year of One’s Own must of course start with a sign from Heaven (which in my case is my hometown). And you bet, a few days ago I got the following email from dear old pal Gordon who has recently moved to Budapest to work for HBO:

“So, I’m up most mornings at present at about 5am with horrible jetlag, and I think to myself, why don’t I get some new music from iTunes to start the year?

And then I’m checking out the iTunes electronic section and scrolling down the top selling albums and erm, hello? Rocking in at number 4 in new year 2012 with a bullet on the iTunes Store Hungary/Central Europe is ummm, the 1996 debut from Australia’s most awesome electronic grrrl duo, B(if)tek.

And I have proof (attached!).

And if you look closely to the right at the screenshot above, you will see the prehistoric first release Kate Crawford and myself put out has indeed elbowed contemporary glitteratti out of the way (including a Norah Jones remix) to number 4 on the charts. In Hungary!

A miracle indeed for which I have no explanation whatsoever. So if anyone can shed light on how B(if)tek suddenly got big in Budapest, I would very much like to know. Any other sightings of B(if)tek, or any of my other old wobbly electronic projects, on the playlists of former Eastern Bloc music websites would also be gratefully received.

Of course, it was only a matter of time before everyone started getting nostalgic about mid to late‘90s electronica, a golden era of sonic originality, and maybe the last. And once contemporary artists recycle those sounds (and there must be a Mouse on Mars cover band out there somewhere), whats left to pillage?

For quite a few years now, I’ve been boring my friends by complaining that contemporary rock music’s endless recycling of previous sounds and looks will mean that, in the 2010s, new bands will simply run out of original sounds or looks to regurgitate. We won’t be listening to post-consumer recycled material anymore – we’ll be listening to the cultural equivalent of a needle that has reached the end of side two and is just skipping over and over again in that last groove.

But last year, someone articulated these concerns and arguments way better than I ever could in my beery finger jabbing moments. Simon Reynolds’ meticulously researched and heart-felt book Retromania: Pop Cultures Addiction to Its Own Past says it all. Simon eloquently states The Problem:

“What seems to have happened is that the place that The Future once occupied in the imagination of young music-makers has been displaced by The Past: that’s where the romance now lies, with the idea of things that have been lost. The accent, today, is not on discovery but on recovery. All through the noughties, the game of hip involved competing to find fresher things to remake: it was about being differently derivative, original in your unoriginality.”

Yeah! But Simon is far too intelligent to just hand-wring at this apparent cultural cul-de-sac, rather he reminds us of the fact that rock/ pop music is no longer young, although we keep wanting it to be. What we all indulge in now is a middle-aged artform, maybe even one in its dotage. It can never be the mind blowing, culture changing, explosion of aesthetic, sexual and spiritual awakening it once represented in the 50s and 60s when it burst onto stages and stereograms pretty much ex-nihilo.

And as I read Paul Drummond’s marvelous and utterly riveting history of Roky Erickson and the Thirteenth Floor Elevators, I am deeply moved by the extraordinary birth pains this genre of music had to endure in the States. The band’s LSD fueled sense of a spiritual and cultural Mission led to an early massive youth following but also personal hardships, poverty and finally life disintegration. The Elevators‘ sounds, looks and lifestyles were recognised as a threat to traditional social norms, and band members were subject to the very real oppression and persecution of the Texan state, winding up in jail. Zap forward 40 years, and fellow Texans The Polyphonic Spree are not going to end up behind bars or subjected to electroshock therapy anytime soon, no matter how long their hair or how many spleefs they toke. The times have a-changed, mom and pop and the kids and even PC Plod can now all agree its easy listening cable TV music for the designer dreadlock masses.

I have in my wallet a ticket to see Roky Erickson play at Melbourne’s iconic Corner Hotel venue in March. I will keep the ticket stub, like my New York Dolls 2010 Pittsburgh show stub, in a little shrine in my studio, as a remembrance of psyche-garage past.

Just before Christmas, I moved into my very first Home of my Own. A villa in the ‘70s era seaside working class Western Melbourne suburb of Altona Meadows (or ‘Stoner Meadows’ as my pal Byron from Electric Dreams studios likes to call it). If I had decided to purchase a house, say, when I was in utero, I might have been able to afford to buy in my old gigging and lounging grounds of inner Melbourne – the now super-chic streets of Fitzroy, Collingwood or Brunswick.

Unfortunately those pavements are now groaning under the weight of hydraulically-supported- designer-teak-finish baby carriages, as the new gen Baby Boomers with their pinched waist frocks and tattooed ankles have moved in en masse, with cash generated from God knows where. When I lived in a warehouse on top of a shop in Smith Street in those late 90s halcyon days, I used to scuff discarded fixes out of my doorstep as I stepped out in the mornings. Now, the most common obstacle you are likely to encounter in a hung-over stagger down inner Melbourne cafe precincts on Saturday morning is a trimmed beard New Dad sipping a machiatto and proudly bouncing offspring on his knee.

But I’m not complaining. I, too, have a family of my own – my vintage synths, 80s drum machines, Tibetan instruments, and the most recent addition, an utterly gorgeous 1972 Wurlizter electronic piano I had shipped back all the way from Brownsville, PA. They needed a home of their own too, and soon they will have one. I’m in the process of converting my lock-up garage into a music studio.

Yes, that means Dimples – my hail damaged 2002 Hyundai hatchback – will never have a roof over her pock marked head. But thats ok. Street life never harmed Chuck, the 2003 Hyundai hatchback I owned in Pittsburgh. He spent a good part of his life buried under two feet of snow outside my apartment in the still crime troubled streets of Lawrenceville. But that did not stop his stellar rise to fame in the drive-by and parking scenes he starred in as an extra in the Hollywood features shot in Pittsburgh over two summers.

I read recently that Melbourne’s long-standing obsession with all things ‘vintage’ has now won it international recognition as a retro-tourism mecca. I have taken advantage of this to kit my new bachelorette pad out in a fashion will be the envy of swingers around the world. My living room positively throbs with alt.glamor, including a ‘70s padded corner cocktail bar, handsomely framed by a frayed wallpaper sunset, and a late ‘60s stereogram that sounds every bit as good as it looks:

My mother spent her last years in a second story flat in a‘60s block of apartments in Northgate, a once outer but now middle ring suburb of Brisbane. The flats were constructed in that utterly featureless ‘brick toilet block’ aesthetic so beloved at the time by Soviet planners and Australian suburban builders alike. But Mum treasured her little bit of personal space; and across the street-facing side of the building, the developers had hammered – I think without any trace of irony – a swirly white iron sign: Camelot.

So, having found myself back in the outer suburbs, not something I would have suspected a decade ago, I decided to honor Mum by naming my own belated grab at the great Australian Suburban Dream: Flamingo Estate.

And thanks to Aaron and Lisa, there are two bona-fide plastic pink flamingos in the backyard:

And thanks to Bernie and Robert, there are now three, beaded African ‘fair trade’ flamingos nesting happily by the frond lamp on my dining table:

But all this flamingo dreaming is not just for my own enjoyment. Once renovations are complete, hopefully by mid February, I’ll be turning over Flamingo Estate to a series of cocktail party fundraising nights for the usual suspects of environmental and human rights causes that I like to support. First up, a screening of The Last Mountain, a film about the devastating impact of mountain top removal coal mining in Appalachia and beyond. Money raised will be donated Appalachian Voices. Keep tuned for more info and invites.

So, a sincere happy Year of the Dragon to regular site visitors, and any puzzled Europeans who have landed on this blog by mistake because they were looking for a receipe for biftek (which means ‘beefsteak’ in French) or the latest happening sounds in former Communist colony bleep.

Oh, and yes. I almost forgot. 2012 is going to be the end of the world, according to the Mayan calendar and millions of cosmic conspiracy theory websites. But for those of us benefiting from the ‘90s electronic/ dance revival, what better excuse do we need to party like its 1999?:-)