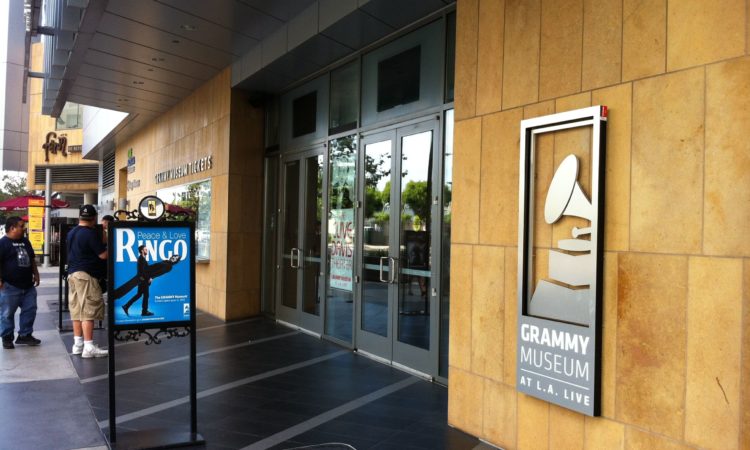 Downtown, in the City of Angels, on the night of 14 July, I didn’t sleep that well. Again.  I was only four blocks from Skid Row, but that didn’t bother me. After all, I was in a gated community, in a condo owned by Bob N, a private detective.  The Arts District/ Little Tokyo off South Alameda, was being reinvented, with hipster breweries and galleries,  and relatively well off Asian tourists. Unlike the people I saw every day downtown, black, white, hispanic, even asian, with their shopping trolleys weighed down with garbage bags full of possessions and collected plastic bottles, I wasn’t curling up every night against a patch of palm trees. Or grass near a carpark. Or even just laid, straight out, in the middle of a concrete pavement.

Instead, I passed the homeless most mornings, on my way down to the local Japanese supermarket, not far from Honda Place.  I would ignore the occasional ‘Hey lady!’ hustling, and on my return, pick up the pace to the Savoy entrance, buzz myself back through security, pass the pool and spa, and hike up three flights into my apartment clutching bok choy and imitation crab patties.

What kept me awake that night was money. I was running out of cash. Again. Living on borrowed time and favours from friends and incredibly kind strangers and sheer good luck.  I was excited about heading back to London at the end of July, after I had renewed my USA green card. But as usual I had the Big Ideas, but no particular plan for generating income.

I woke up very early, very sleep deprived, very scattered.  Its funny, though, how in this state, I’ve sometimes had the most amazing encounters.  Today was to offer another such experience.

The Grammy Museum’s special exhibit was a retrospective of Ringo and the Beatles called Ringo: Love and Peace. I couldn’t think of anything better to do on a lost, frazzled Sunday than pay a visit.  After all, my latest album, Citizens United, was born after months of relistening to all The Beatles’ albums and watching all their films and documentaries.  I owed the album to The Fab Four.  Them, and the dire state of American democracy.

I caught the metro down to Union Station and walked to a nearby bus-stop on Alameda.  As I stood under the baking blue Californian sky, a thin ageing woman left the bus bench and asked me quietly if I could spare some change. There was something about the polite, humble way she  spoke that made me look at her, take a handful of coins and drop them into her outstretched hands. The woman started thanking me profusely, which made me wince, it was such a pathetic amount of money.

She said “The money is not for drugs”.

She seemed completely straight and I believed her, but I said

“It wouldn’t bother me if you spent the money on drugs.  I don’t judge”

She looked a bit surprised at my response and wanted to talk some more.

“But there were drugs involved alright.  I got into them a while back, lost all my money. I was stupid, now I’m here.  I’m 64.”

I asked her if she had any support, anywhere to go?  She said vaguely she had one friend who was helping her get back onto disability payments and helping her find a place to live.  The woman introduced herself as Cathy.

I asked “So what happened, how did you get here?”

Cathy told me she used to be a professional painting contractor, made decent money for 25 years painting the houses of LA’s well to do.  Even had a spread on her once “in an architect’s magazine”. But she was now all alone in the world.  Her Dad had died during open heart surgery when he was only 40. She still missed him. Her mother was still kicking around somewhere “too mean to die.  The mean often just seem to hang on and on in life.”  She had one brother who had offered to help her relocate from Santa Fe a few years ago, but then just disappeared.

She rubbed her shoulder and winced.  She said she fell over a few weeks ago and it still wasn’t right.

Cathy looked at me and said how grateful she was that I was listening to her.  “LA people don’t give you the time of day.  I love this town, but you know a lot of people here are just out for themselves, they aren’t…genuine.”

“But I’ve only got myself to blame. I should stop feeling sorry for myself”.

I looked at the small, bony body, the sun-lined face, the slumped shoulder, the small sports bag on the bench, presumably full of her worldly possessions.  I felt a pang.  This is what can become of an ageing, single, low income woman with no family or support network, who makes a mistake.

I dug into my purse and gave Cathy a tenner. I stopped her before she could start on her monologue of thank-yous again.

“Honestly, Cathy, its a privilege to be able to give.  And you don’t feel sorry for yourself, you are a determined woman.  Jesus, you are facing really, really tough stuff.  And you’re facing it alone.”

Cathy started to tear up.  “I have to  be honest with you, I’ve had a couple of drinks today.  Thats stupid I know.”

I said “I would do exactly the same.”

Then she said very softly  “Only did it to kill the pain.”  But she shook her head, “It doesn’t last.”

She pointed across the road to beneath the 101 underpass where a younger hispanic guy was pan-handling.

“There are good people on the streets you know, they have been looking out for me.  That guy there gave me his spot so I could try my hand at panhandling for a few days.”  She laughed ruefully.  “I was really bad at it, I mean I made no money at all.”

She sighed and said she felt so tired.  She felt tired all the time.  But she knew she had to get the energy to turn her life around.  Her voice trailed off.

“Jesus Cathy, its extremely hard to turn your life around when you are so alone, you’re getting older, you have no support.”

She squeezed my hand with genuine affection and thanked me again for listening to her.  She smiled broadly “I’ve liked every Aussie I’ve ever met!  Maybe I should move to Australia!”

Then my bus finally pulled up and I said “You do that Cathy!” and I gave her a big hug and we waved good-bye.

I thought what an American thing it was to reduce all life’s harsh blows and wrong turns into self-blame.   I also thought that Cathy had given me much more than I had given her.

All You Need Is Love

An hour later, I have finished marvelling at the tiny size of the kit that Ringo played on The Beatles‘ Ed Sullivan show appearance, and have moved across to the other window display – the making of the Sgt Peppers album.  I find myself staring at the very pink satin psychedelic chocolate soldier costume that Ringo wore for the famous album cover.  Hey Jude is playing over the loud-speaker. Suddenly a strong wave of emotion starts to drag tears out of my eyes.

I surreptitiously start to wipe my face and try to understand the potent mix of feelings working at me. I realised that I had been transported far back in time, to the earliest primal yearning for life as a child – a life where I could make an impact through music, could inspire, delight and influence on a large scale,  just like The Beatles.  That adolescent yearning was still there, but it now co-existed with the adult knowing that this dream would never be realised.

But perhaps no-one could now realise what The Beatles manifested. The band embodied a particular kind of vision, were of a time and place that has vanished and can never repeated. Which made me then ache with the feeling of a love lost.

I thought of Cathy, and I knew it was the little help from my friends, the love of my support network, that was my life’s greatest blessing, that ultimately stood between me and her as the years drew me closer to old age.

Exiting via the gift shop was as tacky an experience as you’d expect from a Museum built and funded by the mainstream music industry,  but I found some frosted gold shot glasses and bought them as a thank-you gift to leave on the kitchen counter for Bob.  We wouldn’t cross paths, because I was catching a plane to Pittsburgh at the same time he was flying back from Italy.

On my last day in LA, I sent copies of Citizens United to Ringo and Paul, to Yoko and Olivia, and to George Martin with heartfelt thanks.  Certain they would never hear it.