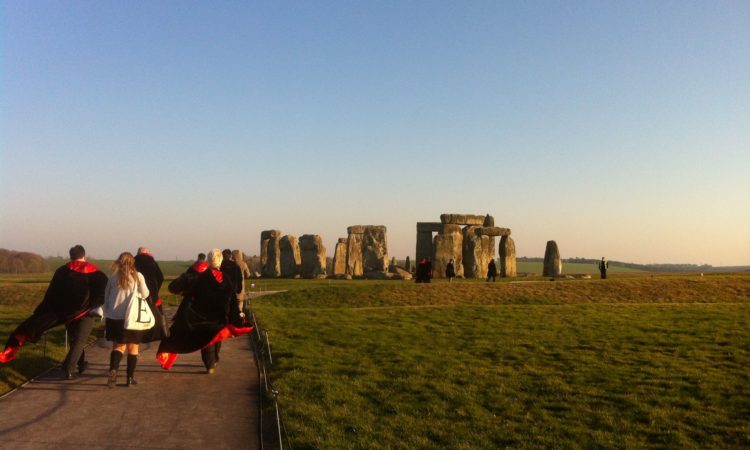 How to improve royal weddings

Today I recalled the wedding of Kate and William (I was there, in front of the television) and how  struck I was by the awfulness of the Church of England wedding rites. Read in funereal tones by the Archbishop of Canterbury, the vows bore no relationship to any human emotion I recognised, and the rite was about as uplifting and passionate as the sound of two coffins clapping.

This lead me onto pondering how one might best inject spiritual/ romantic meaning into a royal wedding, while not forgetting the need to create maximum excitement for the commoner TV spectator.  After a bit of chin rubbing, I decided the best approach would be to replace the Archbishop of Canterbury with a large mud crab.

No ordinary  crab, its shell would be entirely covered with a painting of the Union Jack. This crustacean would then vividly represent the most important concept of the ‘Church of England’  –  which is ‘England’.  It would look something like this:

An altar boy would reverentially approach the kneeling royal couple, holding the Crab of England on a purple cushion.  He would then carefully lift the Crab and place it on a marble altar in front of the royal couple. On this altar, there lies also the nuptial ring, glinting magnificently. Perhaps with the tiniest shred of shrimp attached to the central diamond.

Then we’d hear a regal trumpet blast that bounced around the flying stone buttresses of Westminster Abbey and off the vast velvet and laced slopes of the hundreds of hatted dignitaries present. And then awesome silence and anticipation.

A stand off between the Crab of England, the nuptial (slightly prawned) ring, and the humbly kneeling royal couple.  After a few hushed moments. The Crab might scuttle a bit the to left.  Then a bit to the right.  Will the Crab approach the ring or not? A trumpeter might nervously rub his mouthpiece against his stockinged leg, and rightly so.

Then suddenly it happens all at once.  The Crab of England strikes out with its massive claw to grab the royal ring. William leaps up and smashes the crustacean with a hither-to concealed mallet.  Crab shell and juice fly out in a glorious, back-lit  glitter. William turns to Kate, drags her towards him, and then slides the ring onto her finger, this latter action suddenly slowing down romantically to ensure millions of TV viewers don’t miss anything. Then Kate passionately utters those two precious words ‘I Do’, as we see her lips bend down and press tenderly against her new wedding ring, gently sucking up the prawn.

I think this could work.

But just in case the Church of England doesn’t start modernising itself crustacean-wise in a hurry, recently I decided to check out Britain’s fastest growing religion – which is paganism.

What is paganism?  It’s a huge topic, but a good place to start is with the UK Pagan Federation website.

The Federation defines paganism as “a polytheistic or pantheistic nature-worshipping religion”, and describes it thus:

“Paganism is the ancestral religion of the whole of humanity. This ancient religious outlook remains active throughout much of the world today, both in complex civilisations such as Japan and India, and in less complex tribal societies world-wide. It was the outlook of the European religions of classical antiquity – Persia, Egypt, Greece and Rome – as well as of their “barbarian” neighbours on the northern fringes, and its European form is re-emerging into explicit awareness in the modern West as the articulation of urgent contemporary religious priorities.”

Probably the most popular strand of paganism  in the UK today is Wicca.  Again, the excellent Pagan Federation website gives a good summary here:

“Wicca is one of the most influential traditions of modern Paganism. Also known by the name Witchcraft, it began to emerge publicly in its modern form in the late 1940’s. It is an initiatory path, a mystery tradition that guides its initiates to a deep communion with the powers of Nature and of the human psyche, leading to a spiritual transformation of the self. Women who follow this path are initiated as Priestesses and men are initiated as Priests.

‘Wicca is both a religion and a Craft. … As a religion – like any other religion – its purpose is to put the individual and the group in harmony with the divine creative principal of the Cosmos, and its manifestation at all levels. As a Craft, its purpose is to achieve practical ends by psychic means, for good, useful and healing purposes. In both aspects, the distinguishing characteristics of Wicca are its Nature- based attitude, its small group autonomy with no gulf between priesthood and ‘congregation’, and its philosophy of creative polarity at all levels, from Goddess and God to Priestess and Priest.’ Janet and Stewart Farrar, Eight Sabbats For Witches, Robert Hale, London, 1981.”

London is teaming with alt.everything groups and happenings, and alt.spirituality is no exception.  Feeling myself to be innately pagan (after all, I’m half Lithuanian, and Lithuania was the last country in Europe to be Christianised – my ancestors clung tenaciously to worshipping sacred forest groves – and when you think about it, worshipping trees is a very sensible thing to do) – in November last year I went on an expedition to the mystical realm of Croydon, to Witchfest   – apparently the largest annual gathering of witches in the world.

I would definitely put Witchfest on the calendar of things to do if you find yourself in London one November.  If you like the idea of looking gorgeous in a velveteen gown and lace bodice with heavy eye-make up (who doesn’t?) – or you just like the idea of being surrounded by women thus attired (and men in capes holding staffs), this is the place for you.  If you like the sound of attending workshops on ancient Anglo-Saxon spell magic (who doesn’t?) – again, you are in the right place.  And if you like to meet loads of friendly people – including biker shamans or anarchist morris dancers – who will buy you goblets of mead and good humouredly share their outsider spiritual journeys with you long into the evening (who doesn’t?) then catch a lift on the next broomstick flying to Fairfield Halls.

When you experience the mood of merriment, the love of dress-ups, the serious spiritual searching combined with not taking themselves too seriously, the woman centred and earth centred values and iconography, you can understand why paganism and Wicca are fast capturing the modern religious imagination.

It’s especially easy to understand if you make a pilgrimage to the inner circle of Stonehenge with a bunch of fun-loving Wiccans – and you experience first hand the beautiful energy of this ancient and mysterious sacred site. Which is what I did a couple of weeks ago.

I joined a London Wicca Meet Up group, and was lucky enough to score a place on a trip to Salisbury plain with a group of pagans wanting to greet the spring and conduct a rite for good things to happen in 2014.  Lucky, because you have to be granted special access to be allowed to go inside Stonehenge itself nowadays, tourists are now kept at a fenced off distance due to too many visitors having defaced or even chipped off bits of the stone circle in the past.

It was a dazzling clear day and before we headed off to our sacred stone circle duties, we met at a medieval pub in the nearby village of Amesbury where the ritual proceedings were explained over pints and chips.

Fully briefed and nicely buzzed, we hopped in various cars and drove in convoy to the Visitors Center, where we decamped and changed into our robes (this particular Wicca group is a ‘robed order’ – not all Wiccan/ pagan groups require participants to dress up, and some even conduct their ceremonies ‘sky-clad’ i.e. in the nude).

But the priest and priestess of the group gave us all very spiffing black velvet and orange satin robes, which looked great on everyone except me – due to my diminutive size, I could hardly be seen underneath all the folds and had to hold half my train in my arms as I staggered down the road to the Henge.

We stood in a circle inside the stones and held hands, called the spirits of the four cardinal points,  gave thanks to the sun and the moon (both of which were shining bright in the late afternoon sky), shared some bread and wine while asking for all beings to be free of hunger and thirst, made our sincere wishes for good events and love to fill lives in 2014, then broke the circle and resumed wandering around the 5000 year old structure (same age as the first Egyptian pyramids), striking poses in our gowns and taking selfies, chuckling.

Then we piled back in our cars and headed back to the Amesbury pub again in high spirits, ready for more discussions of the history of English witchcraft over more pints and chips – the use of the pub for spiritual instruction makes it  even more obvious, I think, why the new paganism has really caught on in the UK.  And the gulf between the withered Solemn Croaks of Authority that tied the nuptial knot for the royal couple and the gleeful celebration of earth, sun and life that the pagan movement is offering also couldn’t be more obvious.

I think unless the Archbishop of Canterbury takes my crabful advice, then when the time comes for Prince George to wed, he’ll be leading his barefoot wife to a handfasting with much feasting and dancing (and quaffing of mead) in the middle of Salisbury plain. Just like, we suspect, his ancestors did a very long time ago, although we don’t have the selfies to prove it.