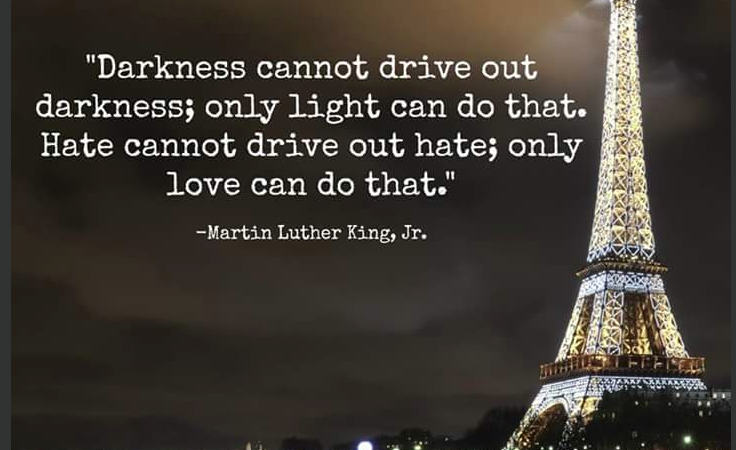 Merry Christmas – War is Over (if you want it)

Lets get this first bit over with quickly…

You might think that because I haven’t posted a blog for a year, I might have nothing to say. Not been up to much. 9.00 – 5.00 office worker, nose pressed flat against someone’s shoulder in the District Line crush to and from the Royal London Hospital, Whitechapel, every peak hour Mon to Fri.  Updating webpages about clinical trials, listening to the chatter of neuroscientists on the bench behind me. Most evenings imploded on couch, eyes lost in the 1970s quarries of classic Dr Who episode reruns.

My main reason for not posting is that, like the poor Robot in the Who episode of the same name , I have been trying to process so much stimulus – and some of it conflicting – that my blogging circuits overloaded and kind of shut down.

So now Christmas is approaching again, I need to get the most recent bit of malware that has been scuppering my neural paths out of the way.  So i can get onto the good stuff! and not be tempted to rush at humanity shrieking EXTERMINATE through a prototype BBC Radiophonic Workshop vocoder.

One group of people whose grievances with fellow two legs  have extended into them actually becoming Daleks are Islamic State.  Are IS bad?  Yes, they are so evil as to have apparently been hatched out of the black and white moral universe of an adolescent science fiction fantasy. Brutal beyond belief, power obsessed and apparently committed to exterminating all non-Dalek life-forms.

So if Britain bombs some of their bases in Syria, will they then just go away and stop bothering the rest of humanity? Lets have a think about this. Years and years of bombing by Britain’s allies – or groups who may or may not be our allies – have achieved – what kind of security?  The Paris attacks?  In which 130 innocent people died, hundreds more injured lives shattered, thousands of grieving family and friends. Neutral observer groups estimate that around 900 civilians in Syria and Iraq have been killed by allied bombs so far.

Will British bombs – unlike all the other bombs –  somehow not kill civilians and ‘reduce the terrorist threat’? Might it be that we are not acknowledging the abysmal failure of successive UK government’s foreign policy, not tackling the complex root causes, including the economic and ideological pipelines feeding IS.

There is no shortage of considered comment by a-political foreign policy experts who say we need to deescalate the conflict in Syria, not make it worse. But the mainstream media here (unfortunately, even the BEEB) are seemingly intent on marginalising anyone such as the mild-mannered, thoughtful and high integrity Jeremy Corbyn who are pointing out the obvious inconvenient truths and advocating a change in foreign policy.

But do the British public really believe that a man who was having sex with dead pigs (chortle!) while his counterpart was protesting against apartheid, who has mandated the running down and selling off of Britain’s most loved institution – the NHS (the past five years have seen the smallest increase in health spending over any parliament since the second world war – 0.8% a year. This compares with an annual increase in demand and cost pressures of between 4% and 5%) – really cares about the safety and prosperity of the average two legs here?

Or are David Cameron and his supporters also cartoon figures from an adolescent sci-fi fantasy that desperately want the rest of us to believe in their 1D self-serving version of reality?

Here is a way forward via Avaaz – millions of people around the globe are actually sensible and know hate cannot drive out hate.

There – I’ve said it. Got it off my chest.  Now, onto the other stuff.

I continue to maintain my love affair with the paramedic profession, and try and maintain the social media campaign I started two years ago objecting to the goverments appalling new retirement policy which will force front-line NHS ambulance workers to work until they are 68 before they are eligible for a full pension. This is not what their emergency services counterparts in the police and fire services have to face.  The staggering lack of political understanding or compassion for the hard and altruistic life of front line ambulance staff has just had a new twist, with London Ambulance Service – the largest EMS service in the UK – being put into ‘special measures’ – as it is unable to meet response time targets or keep and retain staff due to chronic underresourcing and a long-recognised bullying culture.

No-one I have asked has been able to tell me what ‘special measures’ actually means, and I doubt it means providing an essential NHS service with more money or removing the bullying culture that starts at the top. Ministerial incompetence and indifference has filtered down into Clinical Commissioning Groups doing their masters bidding, leading to the surreal situation of ‘punishing’ ambulance services for missing targets they can’t afford to meet by ‘fining’ them millions of pounds, reducing their budgets even further, and forcing demoralised staff to work even more extreme hours. Unfortunately LAS Board and the Association of Ambulance Chief Executives have to take some of the cop for this – for many years, they don’t appear to have tried to push back and argue with the impossible demands placed on their services by the dimwitted, politicised bureaucracy.

But here is a cheery thought: if London is to combat another terrorist attack like 7/7 – and we are politically on track for that to happen – then our mass casualty/ major incidence medical response will need to be ramped up.  Perhaps LAS can look forward to an injection of funds for that reason, with much fanfare and self-congratulation by the government.

Ambulance!  – in my head

I have been working on an idea for a surreal sit-com called Ambulance! for almost two years now, and finally the teaser tape has been shot, edited, and is now in post-production. At this delicate pre-financing stage, I cannot give much away. But I can say Ambulance! bears no resemblance whatsoever to any medical series – serious or comic – that has slid around UK TV screens over the last two decades. It bears a passing similarity to early Python, and it feature a classic ’80s/ ’90s indie dance soundtrack. It might have a few Yes Minister! overtones, a bit of witchcraft thrown in and some sci-fi elements. Heck, you’ve wheedled that out of me with your good looks and charm! But I am adamant now. I can say no more.

Early next year, I’ll be working with my multi-talented London crew to find a co-production partner to help us get this series commissioned either in the UK or the USA.  Either for broadcast, or streaming service, or both.  When that happens, I hope to continue to engage the paramedic community for their passionate and nutty ideas. There is so much creative talent out there, it is humbling.

A young Aussie friend of mine emailed me excitedly a few weeks ago to tell me he woke up on a Saturday morning to see an old B(if)tek clip on ABC TV being broadcast into millions of homes at 9.00 am.  It’s almost 20 years since that first music video was made by my dear friend Sally, and the rest is history – for that exclusive club of happening people who follow analogue electronic dance music produced by ladies.

In the last couple of weeks, another young friend, a London DJ, has told me his friends are now playing my bizarre, 15 yr old vinyl releases –  Stoner Classix –  in London’s most popular club Fabric nowadays. I have started to get emails from DJs across Europe asking for copies, but sadly most of them are locked up in my garage/ studio back in Melbourne.

But I’m happy to report that my beloved collection of analogue synthesizers are not so trapped. They have been recently liberated from my Antipodean home studio and placed in the loving care of the Melbourne Electronic Sound Studio (MESS):

I am proud to be a founding member of this unique, global  arts/ studio/ sound innovation space, that aspires to be the Australian equivalent of the BBC Radiophonic Workshop.

I recorded three new tracks with the legendary Bobby Cuff when I was in LA in May this year. My boyfriend Robin ( of ‘Kinks on acid’ Many Few fame) came along and put down some wonderful bass and harmonica parts. My musical and lyrical inspiration is a ‘woman’s response to Dylan’, and we are now looking for others to join us in West London to turn this into a live project for 2016.

So that’s it for me for now.  And a very Merry Christmas to all of you .  Watch this space for more Dylan-esque feminist catchy sing-a-long tunes, surreal EMS sit coms and bouncing balls. See you in a peaceful new year that we have all created!!