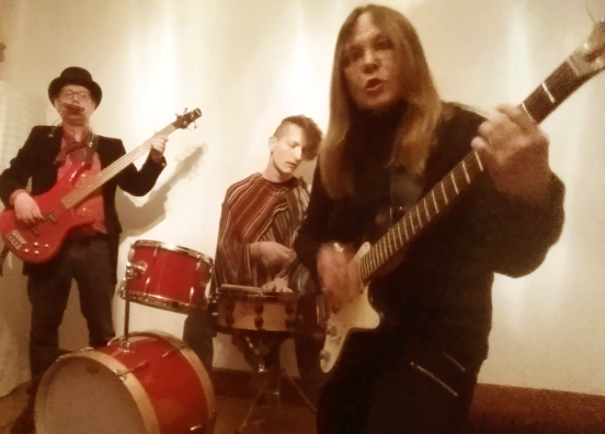 Can you Throw a Dime into the Digital Begging Bowl?

I could be wrong, but I think I have released 11 albums so far.  Maybe 12 if I include all my extremely odd Stoner Classix vinyl, which are currently enjoying a resurgence of interest.  Regardless, I choose to regard the album I am currently working on –  Deal With Your Disenchantment  – as my 12th album. Twelve is a mystical number, and mystical help is surely on it’s way via a digital twist of fate.

So here’s the elevator pitch: Deal With Your Disenchantment is a 21st century woman’s (ie me!) response to Dylan’s iconic albums of the 60’s/ early ’70s.

Imaginary interviewer: Why? Or if I can put it another way (leans a little bit closer to me) WHY?

Nicole: Well because no-one has done this before.

Imaginary interviewer: But why Dylan?  Your artistic legacy is electronic.

Nicole: I like to shoot myself in the foot. Sev-er-al times. But seriously (leans a little bit closer to imaginary interviewer) who was a greater artist, lyrically and musically, more relevant to the times – than ’60s Dylan?

That was then, this is now. And yet suddenly, post Trump, we find ourselves living in the apocalyptic political settings of that era all over again.

The Nobel Prize winning ‘Dylan’ is now a literary/ artistic genre in his own right.  So this is how I am rolling: the title track ‘Deal With Your Disenchantment’ is a protest song with echoes of Hard Rain, Desolation Row etc.  But other tracks on the album will explore Dylan’s many other sub-genres of this period which include: the Beat poet howl, the Cassidy/ Kerouac road story, the mystical incantation, the cryptic sermon, the white blues, the ‘three chords and the truth’ country tune, the ballads of wronged individuals, the love lament, all strung through with acerbic wit, and surreal phrase turning. And sieved  through a contemporary female consciousness ie my brain and my experiences.

Imaginary interviewer: (leaning even closer to me, wide eyed).  Heck.  Will you marry me?

So that’s what’s happening in my personal Disneyland of artistic understanding and approval.

But  propped up by loving friends plus a recent response from a filmmaker in LA, whose first film was co-financed by Dylan – that he loved the music I sent him and he wanted to shoot a video for the album if I make it back to California.  Which I hope to do in July.

All of the above depends on if I am successful with my Crowdfunding campaign, launched this week, to enable me to finish my album.  Please consider getting on board the Disenchanted magic bus:-)