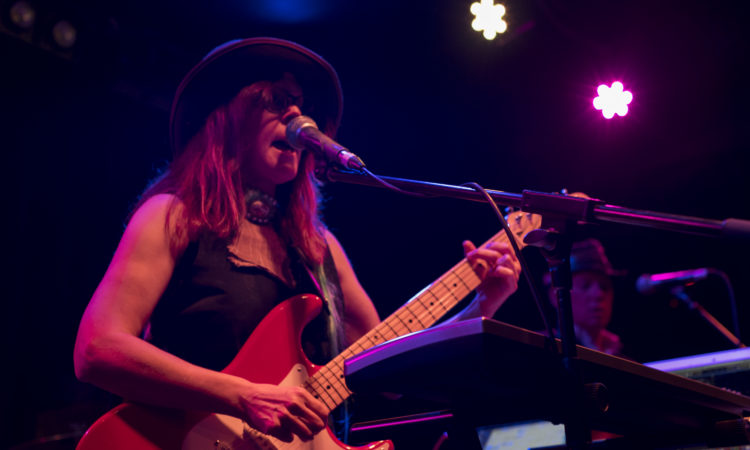 After four radio interviews, enthusiastic album airplay, a feature article in the local music press and an epic two set show at the superb Northcote Social Club, The Disenchanted’s February trip to Melbourne was swift but successful.

Melbourne is one of the greatest music towns in the world, 3RRR is one of the greatest radio stations in the world, and it was therefore extremely gratifying to be described on Neil Roger’s iconic Australian Mood show as ”an Australian music legend”. Legend status has been conferred on me since my 6 years living in London, so that is definitely another advantage of being an Aussie abroad.

The day after we flew in, the London Disenchanted (myself, Robin and Howard) joined with Ann Marie (old pal & former singer from our former Melbourne psych-folk band Dust), Kristen (old pal and saxophonist and flautist extraordinaire), and Bianca (new pal and superlative drummer on many Melbourne music projects) to spend the next three evenings rehearsing for the almost two hour two set NSC show.

On gig day (Sat 16th), we were joined on stage by much loved lap steel player Graham Lee (formerly of iconic band The Triffids) for one of our Dust back catalogue numbers.  Graham also played with the wonderful Melbourne Electronic Sound Studio crew during ‘intermission’ between our sets: MESS provided a mesmerising analogue electronica soundscape, kindly using some of my vintage synths which are part of their living collection now.

Some fun pix from our mini Antipodean tour below. A tremendous achievement from all musicians involved, no mean feat to pull off a folk rock set followed by a funked out electro-disco set, with dazzling costume changes that the audience will never forget, even if they wanted to.

After a very intense period of gigging and promotion since the Deal With Your Disenchantment album was released in June last year, I’m pretty shagged out and will be taking a break from shows for a while. But we’re booked for an hour long show at the famous Ealing Blues Festival on Saturday July 20. I attended last year and it’s the best hootenanny this side of the Atlantic, so that is an English summer highlight to look forward to.