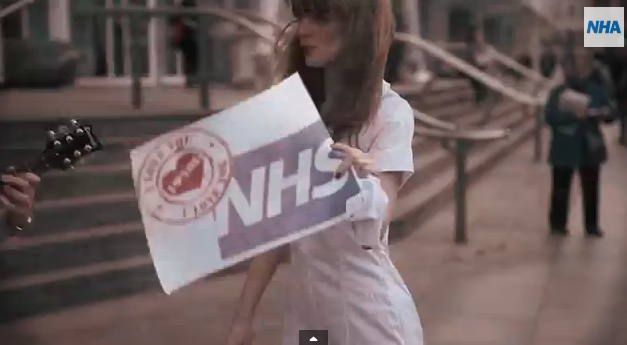 We Love You, NHS

“We Love You, NHS” is my ‘re-purposing’ of an original track I wrote for The Dust Revival Band, which first appeared as “Imagine Every Day” on the Citizens United album.  The track was adopted by the UK’s National Health Action Party’s campaign theme song for the 2014 European Parliament elections, and I produced this video to support their campaign. Videography and editing: Tom Burnell. “We Love You, NHS”  is performed by Melissa Whyatt, Ann Marie Sullivan, Lucy Foley, Mark Gardiner, Ross McGregor, and Nicole Skeltys. Thanks also to Robin Hemmings for the best walk-on Dylan part ever.